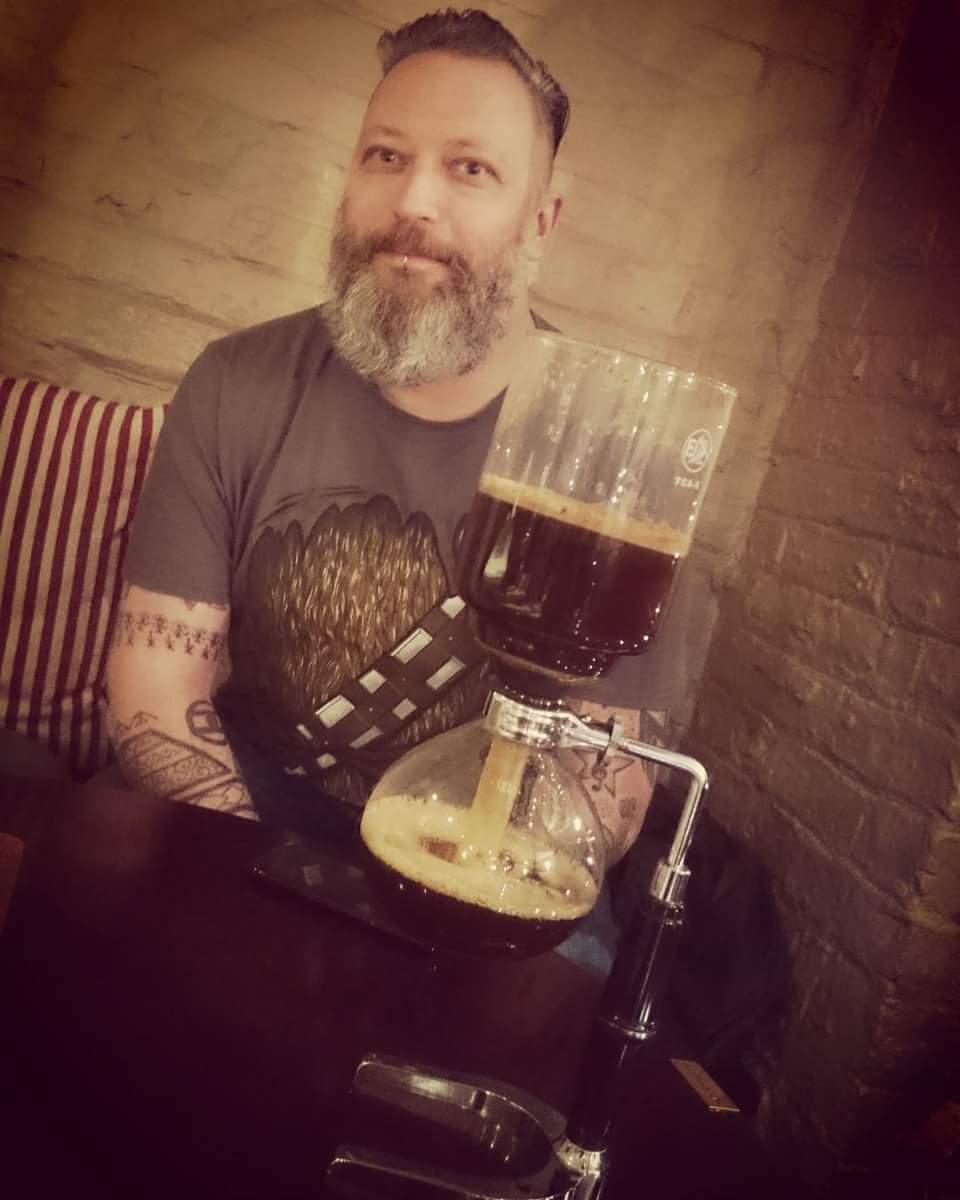 My name is Scott. I live in the North East of England and was originally diagnosed with depression and anxiety over twenty five years ago.

I was a quiet kid, kept very much to myself as I was growing up. My family appeared pretty normal at first but cracks have shown with all of us at some point. My first major episode came in my late teens. I started developing signs of depression and anxiety whilst studying for my A-Levels. I went to the doctors serval where I was told any combination of these things:

“It’s common for someone your age.”

Mental health as we know it didn’t exist in the late eighties and early nineties. You were kind of told to get on with it, buck your ideas up.
I started getting worse. By the end of my studies I’d become a mess. The strict rules of sixth form led to some metaphorical butting of heads. I was alienating people. I was slipping into a pretty bleak struggle with myself and I was pretty damn intent on breaking me.I started self-harming as a way to manifest the white noise and shit in my head. If I could make it real it would exist. If it existed I could try to deal with it. I would punch walls until my knuckles bled. Even now I can’t flex my hands without the knuckle joints of my little fingers popping. I started isolating myself even more, growing more and more despondent every day. That was until I took my overdose.

Even now I know it wasn’t premeditated. I didn’t think that I wanted to kill myself. I just wanted everything to end. I wanted an absence from existence. I just wanted the journey I was on to just stop. I took a lot of pills and washed them down with some beers. After I few hours I let my family know what I’d done and was rushed to hospital where I ended up vomiting for hours, puking the poison and parts of my stomach out of my system.

I saw some counsellors but knew I wasn’t quite right afterwards. I kind of rode the waves of my life, battling the ensuing panic attacks and depression whilst trying to find some purpose to my being here.

As corny as it sounds I wouldn’t be here if it wasn’t for music. It literally saved my life and connected with my soul. It became something that would inform and influence me. I ended up singing in a kind of arty punk cabaret band, influenced by performance art as much as music. It provided me with a much needed outlet for the trapped white noise in my head – it gave a voice to my plague of fears and doubts. Onstage I’d writhe, contort and throw myself into the moment I’m an attempt to exorcise the negativity. If I didn’t come off stage cut, bruised, marked or bleeding it had been a bad gig.

Eventually I started on medication. I was first prescribed Prozac in the late nineties. I always felt it worked for me when I needed, and would spend time on and off it. Sometimes it would leave me dazed and confused, other times I could function like a normal member of society. Since then I tried, and occasionally had success, with several different meds. At the moment Venlafaxine is doing a great job of keeping me relatively on an even keel. Some days are better than others but I much prefer that than being too numb to care.

My last major spell with anxiety and depression started five months ago and was the result of me not being able to process some things properly. The anxiety robbed me of my ability to go outside and enjoy my life for a while. Counselling and the afore mentioned meds pulled me back to a point where I could go back to work and try to live my life the best I can.

One of the things that I found really helpful was starting to write a blog, The Order Of The Dog. Within a few hours of my first post I’d had messages of support and compassion. I even had people email me to tell me their stories and what had happened to them. This spurred me on. I ended up creating a small closed support group on Facebook, also called The Order Of The Dog, after someone messaged me to say that my blog had helped her understand her daughter’s suicide attempt. I knew then that things had become more than just about me, I’d been able to strike a chord with others too. I try to post my blogs a couple of times a week, here on WordPress but also on Blogger too. I mainly talk about my issues but I’ve also starting telling the story of other people too which I’ve found incredibly rewarding.
The whole thing of being able to talk openly in such a way has been incredibly therapeutic and I know it’s really helping me as well as other people. Not only that but I’m also helping create an awareness at my workplace around mental health issues and support. I’m finding I can be a tool for change rather than let everything change me. I like who I am (most of the time) and I can help create an acceptance and understanding of what I’ve gone and continue to go through.

You can find Scott’s Wordpress blog at TheOrderOfTheDog , and find his facebook Support group here.

Themanicyears is still looking for people to share their stories! If you have an experience with Mental Health you would like to share on here, please do not hesitate to drop me an email on themanicyears@gmail.com, and get your story published on our “Sharing Stories” feature. – M.